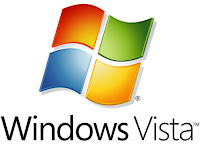 Yesterday I wiped Windows Vista from my hard drive. Yep, I finally un-installed the dreaded Windows Vista and installed an new operating system on my HP Compaq 6510b. But I am not one of the legions of Windows Vista haters. For more than three years it has been my primary operating system (I had a netbook with Windows XP as a second machine). Yes, it was slow with the 1GB of RAM installed on my HP 6510b, but when I upgraded the RAM to 2.5GB, it ran fast enough. For three years I did not have to re-install it. It never crashed on me and all-in-all has been a very reliable operating system. Yes, a few programs froze on me at times, but the task manager took care of that easily enough. My biggest complaint was that it hogged hard drive space, and given that my HP 6510b only has an 80GB hard drive, this compounds the problem.
But after three years, I said goodbye to my faithful friend. I took me a long time to decide to let it go, and if I had a bigger hard drive I would have dual booted the system. Yes, I do have the HP recovery disks, but even if I re-install it, it would not be the same thing. Remember I had this install running for three years.
But it was time to move on to something newer. I recently got a 1080p (1900 x 1080) HD LCD TV, and my HP with Vista installed could only output 1152 x 864 or 1280x1024. I could not even get it to run at 720p (1366 x 768).  With Ubuntu Linux 10.10, I could get the HP to output to 720p to the LCD TV via a VGA connector. As an additional bonus, two finger scroll works on my old HP with Ubuntu installed. Migrating to Linux was not too difficult for me. I have used Linux before on my desktop in 2002-2004 (Red Hat Bluecurve and Mandrake Linux). My browser (Chrome) and office suit (Open Office) are also Linux compatible. There is a Linux version of my image manipulation program, Paint.net, in the form of Pinta. My Smart Bro USB dongle also works fine with Ubuntu.
I was even about to downgrade my RAM back to 1GB, since Ubuntu does not really need more than 1GB, and use my spare 2GB DIMM to upgrade my wife's laptop to a 4GB machine (which still runs Windows Vista Business 64-bit).
For the first time in more than a decade I do not have a Windows powered machine. My carry-around laptop runs Mac OS X Snow Leopard and my desk top replacement runs Ubuntu 10.10 Maverick Meerkat. For now, the predatory cats hold sway.
Windows Vista will be missed. I love it more than Windows XP. I loved the way it indexed files so that context searches were quick. I loved the new desktop. I loved the fact that it did not require an annual reinstall. It leaves me with a good feeling towards Windows. I decided not to pony up the cash to upgrade my old HP to Windows 7. But the next laptop I buy will have Windows 7 installed (well, unless it is a MacBook).
Hence, this post. For three years I have quietly enjoyed Windows Vista, and ignored all the attacks on it. But now that I am letting it go, I had to say my piece. It was a good operating system no matter what anybody says. It was the first step to the next step. It was a good friend, and now that we are parting ways, I need to raise my voice in its defense. A stable loyal friend deserves that much.