A UMPC story: From Netbook to Tablet - Part 1

There has been this effort to create a new mobile personal computer platform, more portable than a laptop. In 2006 with had the UMPC (Ultra Mobile PC) and 2007 with the MID (Mobile Internet Device). These initiatives resulting in some really innovative, but expensive devices, have met with limited success. 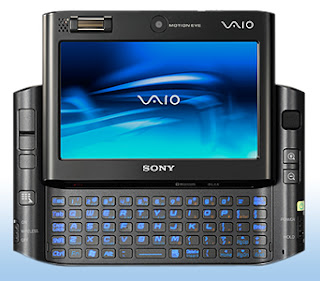 A Sony Vaio UX490N released in 2008
A organization seeking to create low cost notebooks for to be used for educational purposes resulted in creating the "Netbook". Instead of exotic UMPC's or MID's the most commercially successful mobile internet device was simply a scaled down low power notebook. 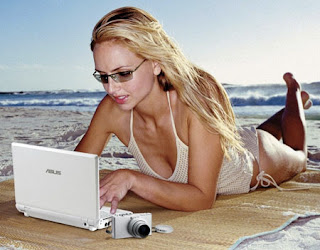 Asus Eee PC 2G
The first netbook, Asus Eee PC 2G, was a 7" inch laptop powered  by a 700MHz Celeron Processor and with 2GB of internal flash storage. With a small screen and a small keyboard, it really was not useful for anything more than a mobile internet device.
By the third quarter of 2008, the netbook had grown larger and more powerful. The most powerful units that was a small notebook with a 10.1" LCD screen, powered by an Atom processor, 2GB of RAM, with 160GB of storage and with a 6-cell battery could give 4-5 hours of battery life. While the netbook was intended to be a lightweight internet platform, it became a viable alternative to expensive 11.1" to 12.1" ultraportables which cost 3-4 time as much. Despite the original humble intentions of the netbook, the end product was powerful and functional enough to surf the web, write reports and prepare spreadsheets. Netbook sales took off, not as mobile internet devices, but as poor mans Lenovo Think Pad X200 or Sony Vaio TZ. 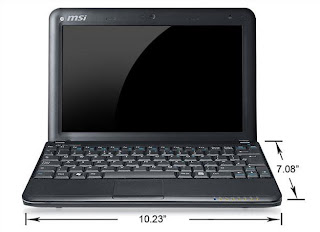 MSI Wind U100 Netbook
2009 saw the netbook bring us all day computing and larger larger 11.6" more powerful netbooks became available. By 2010, some netbooks have gotten so powerful, that the debate arose as to whether they were still netbooks. Models with Nvidia ION or ATI  graphics can actually be used as lightweight 3D gaming platforms.
A bit of a segue, I credit the netbook with changing laptop pricing. I remember when the cheapest laptops were low end 15.4" units. Just three years ago, you paid top dollar (or peso) for portability. A 3 pound 12.1" laptop would cost you near of more than Php100,000. In 2007, I bought a 12.1" laptop weighing in at 4.5 for Php62,900. A poor mans ultraportable. The following year that was replaced by a less than 3 pound 10.1" Lenovo S10.  In 2009 I got a Asus Eee PC 1005HA and got all day 8 hour computing for a very reasonable Php21,900.  This year I can get a true ultraportable, a 3 pound laptop with an 11.6" powered by a Core i3 processor for less than 30K. The netbooks changed the paradigm that smaller cost more.
The netbook has become a notebook. But the UMPC has come back in a different form. In 2010, Apple launched its Ipad Tablet.
THIS ARTICLE IS CONTINUED HERE.
Posted by Unknown at 4:40 PM