HTC Desire is the best smartphone for 2010 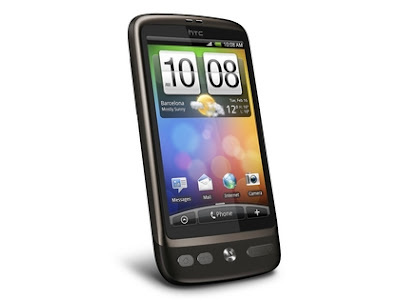 Techradar, in its article 20 best mobile phones in the world today, has just rated the HTC Desire the best smartphone in the world. No this is not an old listing. This was just posted 6 hours ago. In Techradars listing the venerable HTC Desire beat out the Apple iPhone 4 (No. 2), the HTC Desire HD (No. 3), the Samsung Galaxy S (No. 4), and the Google Nexus S (No. 5).
Priced locally now as low as Php24,400 (from Php25,500 just a few weeks ago) with an official HTC Warranty is priced just a lower than the Php26K Samsung i9000 Galaxy S 8GB. Notably the local available Samsung Galaxy S 8GB's are all grey market units do not come with an official Samsung warranty. The local Samsung distributor only decided to bring in the 16GB version of the Galaxy S which is priced a fair amount higher than the HTC Desire at Php30,990. In that sense, the HTC Desire is still a viable option despite having lost its AMOLED screen, dependence solely on a MicroSD card (a 2GB card is bundled) for storage and absence of HD video recording.
This is certainly going to be controversial listing and will enrage an iPhone 4 user or two. Personally, if I made a jump to Android, this would be one of my choices, but mainly for sentimental reasons (or if the price drops further). It's your last chance at getting a Google Nexus One which one year after its release is still a current phone. Pretty impressive.
Posted by Unknown at 10:16 AM