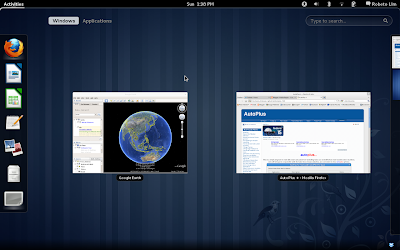 I decided to try out Fedora 15 Linux this weekend, mainly because I wanted to try out the new Gnome 3 interface. I manages to install the additional software I needed (Libre Office and GIMP) easy enough in the terminal. I installed drop box the "Windows" way, download and click next. After a fair amount of difficulty I managed to get the Adobe Flash plugin installed.

Google Earth was proving to be a problem. After doing some search I found an application called AutoPlus that makes it easier to add commonly used plugins and apps in Fedora Linux. 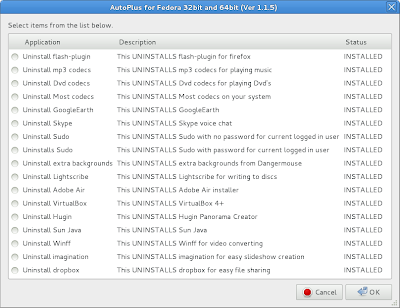 Looks like it could have saved me a lot of time installing flash too. Just in case you are trying out Fedora Linux, give this app a look. You can find more information at this link.
Posted by Unknown at 1:40 PM