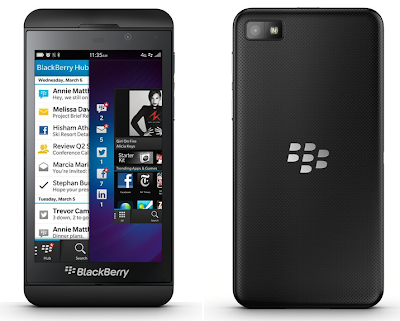 There are two versions of the Z10. There is the Globe Telecom model with a dual core Qualcomm Krait processor which is the same processor found in the international version of the HTC One X/S and the Samsung Galaxy S 4. The version offered by Smart Communications and found on retail shelves is powered by a Ti OMAP 4470 processor which is an updated version of what you find in the Samsung Galaxy Nexus from 2011. Update consists in giving the Ti OMAP 4470 a dedicated 2D graphics core which should save power when doing light tasks.

The test results here are for the Qualcomm version.

Being built of older technology, the BlackBerry Z10 does not perform spectacularly, but surprisingly is falls more than an hour behind the international version HTC One S which used the same processor with smaller battery. Looks like BlackBerry 10 software could use some more optimization.

On the web browsing tests, the BlackBerry Z10 does decently enough, but falls well behind the HTC One and Apple iPhone 5.

The video playback tests are decent enough, and are in line with the web browsing tests,

The standby like the talk time falls behind the Xperia Z and SP. Based on the web browsing and video playback results, the BlackBerry Z10 should have performed better. So it looks like BlackBerry needs to do some work optimizing the radio.