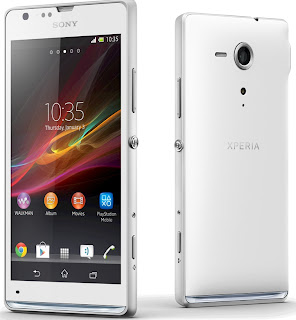 Sony's newly released mid-level Android smartphone has a smaller and lower resolution HD display and a less powerful dual core processor than the companies top of the line Xperia Z and ZL. However, the Sony Xperia SP comes with a 2370 mAh battery, as large as its more powerful siblings. This results in excellent battery life.

The large battery mated with the efficient 28 nm dual core Kraits result in excellent talk time when compared with its quad core competition. The Apple iPhone 5 also has a power efficient 32 nm dual core processor, but it has a much smaller battery.

Given that the Xperia SP only has a 4.6-inch HD display (720 x 1280), it is a bit surprising to find its battery life while web browsing to be shorter than the Full HD HTC One, Samsung Galaxy S 4 and the Sony Xperia Z.

On the video playback tests, the Sony Xperia SP performs as expected, having longer battery life than the larger Xperia Z. It still falls behind the Full HD Galaxy S 4 and HTC One.

Overall the Sony Xperia SP performs well enough although give the large battery and smaller display, I was expecting better results in the web browsing test.

Source: GSMArena
Posted by Unknown at 9:17 AM