Samsung Galaxy Mega - It's big and tall, but falls short 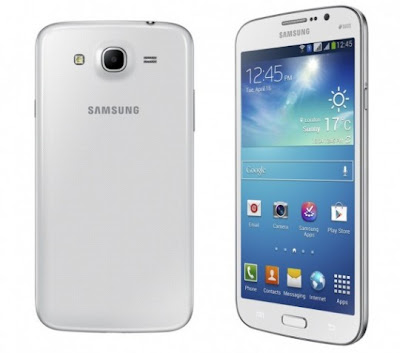 Samsung launched the Samsung Galaxy Mega yesterday at SM Aura in Taguig. The new Android phabet sports a 5.8-inch display is a case narrower than the original 5.3-inch Galaxy Note, and a bit wider than the 5.5-inch Galaxy Note II. The mega is a bit slimmer than the Note and Note II, and a lot taller, making it look sleeker overall. But, it is really hard to get excited about Samsung's new offering.

The 5.8-inch display sports a qHD (540 x 960) resolution. Given the suggested retail price of Php18,900, I would expect a device at the price to support a HD (720 x 1280) display. Behind the display is a dual core 1.4 GHz processor  with VideoCore IV graphics on a Broadcom chipset. The result is marginal performance. GSMArena ran the Antutu benchmark on the Galaxy Mega and got a score of 7338 points.

The Galaxy Mega does come with 1.5 GB of RAM, which is good for a phone at this price range, as well as 8 GB of internal storage. The camera is also a high point. It seems to take decent enough pictures and can capture 1080p video.

All, in all, it seems like it is almost there. It may sell well as it really has no direct competition. But at Php18,900 I would expected a higher resolution display and a faster processor. This disappointment is something I have started to feel consistently with newer Samsung entry and mid-level releases. While the flagship Samsung Galaxy S and Note series still looks like good value for money despite the high prices, with its phone like the Galaxy Mega, you feel like you are now paying the Samsung Tax.

Samsung's flagships are competitively priced. But one you step back from the flagships, it looks like Samsung is expecting that you will be willing to pay a premium for its lower end offerings simply because it looks like a Galaxy S 4 and carries the Samsung badge.