The Rise of the Bedside Tablet

I have never been big on having more than two devices. Well, three actually. I have for a decade now carried a smartphone and a laptop. On trips, I might add a DSLR to the mix. Both smartphones and laptops have improved dramatically in that time period. My smartphone can do pretty much everything my laptop can and my laptop weighs half as much, and has over three times the battery life of my original unit.

Ironically, as my laptop has become more portable, I also carry it around less. The hottest new device, the tablet, is something I have not fallen in love with. See, if I am going to have to carry something in hand, I would be happier sliding it in a backpack. Just drop my 3 pound MacBook Air in a backpack and sling it on my shoulder NCIS style, suit and all. This is something friends find amusing. But I really do prefer to walk around with both hands free, In a small backpack, a 1.5 pound tablet is really not more portable than a 3 pound laptop.

But, I am starting to come around towards liking the tablet. The smartphone, which is supposed to enhance productivity has reignited an old habit: gaming. Gaming on a 7-inch tablet seems it would be kinder on the eyes rather a 4.3-inch smartphone. I would think this may be part of the reason for larger and larger phones. But that is for a different post. Web browsing while in bed, that is another task that is best done on a small tablet. With tablets getting so inexpensive these days, it would seem that even if you have little use for one, it still might be worth the purchase. So I have been telling my wife I might buy a “bedside tablet”, and letting the idea of how such a tool may be useful sink in (at which point she offers to lend my her Samsung Galaxy Tab).. This has nothing to do with making me more productive. It will be purely a entertainment tool.

A decent 7-inch Tablet like the Cherry Mobile Fusion Bolt, will set you back all of just Php3,990. Yup, that comes with a HD display and quad core processor. Taking things into context, this is half the price of even the cheapest generic netbook.

If you prefer larger tablets the 10-inch Cherry Mobile Fusion Fire. And this trend in pricing is going beyond ODM brands. Last year the Asus built Google Nexus 7 would cost you US$199, subsidized by Google. This year Asus will give you a tablet nearly identical to the Nexus 7, the Asus Memo Pad HD7, for just US$129, and that is without any subsidy. 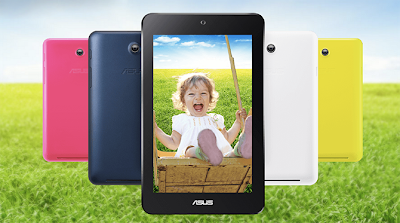 With the new breed of computer, the tablet becoming so inexpensive, it will be used for things where a traditional personal computer was too expensive to apply too. At these prices, you won't be buying the your kid a educational VTech device, designed to simulate a laptop or tablet, anymore. Just get them a real tablet. Best to get them started early, tablets will replace your kids school books and notebooks. Sure they might need a personal computer too to write reports and the like, but rather than multi-task using to windows on a screen, he may likely just use two devices simultaneously.

Forget about having to place pictures in albums. Keeping them in a tablet will cost you less in the long run. And video is more and more prevalent these days. A tablet will keep all your memories in one place nicely. I wonder how long before Wedding photographers offer to replace the traditional wedding album with leather bound tablet. Coffee table books? Your guests will probably find a tablet with access to your home WiFi more interesting.

Tablets will replace the traditional personal computer for many. Not everyone needs a dedicated physical keyboard. The will replace e-book readers for others. But one thing that few have considered in explaining the exponential growth in tablet sales, is that they will be catering to uses which were too expensive for even the cheapest personal computer. So as the tablet eats into the personal computer market, it will be eating into other markets and breaking new ground.