Should you turn off LTE in a area without LTE coverage? 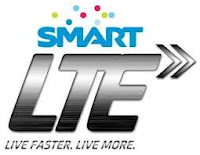 Smart Communications has announced that it has completed the roll-out of its in Luzon, with 250 LTE sites in 46 cities and 69 municipalities. This means 250 LTE towers in 115 different cities and municipalities. This phase of Smart LTE rollout does not result in blanket coverage of areas with LTE coverage. LTE coverage is centered on heavy traffic commercial areas like malls and business centers.

This means as you move around, your smartphone will switch between LTE, HSPA and 3G connections. Depending on where you go, your phone will probably spend most of its time on HSPA.

LTE and 3G/HSPA connectivity is done using two separate radios on your phone. LTE chips on phones with Qualcomm chipsets is very power efficient, since it uses a System-on-Chip LTE solution. Still, if you are frequently in areas without LTE coverage, you may want to turn off the LTE radio from time to time.

When you have a 3G or HSPA connection, and LTE is enabled, the phone will check for an LTE signal from time to time. This task consumes battery life. You could save some battery life when disabling LTE in a non-LTE area. Given that the new Qualcomm LTE radios are power efficient, the savings might not be all that much.

For other battery tips. check out this post on how to preserve your battery.

Email ThisBlogThis!Share to TwitterShare to FacebookShare to Pinterest
Labels: Odds and ends, Service providers and connectivity