Samsung Galaxy Note 8 will be hitting Philippine shores in two weeks. Yugatech reports that the suggested retail price will be Php23,990. This places is at 2K higher the price of the Apple iPad mini LTE that it will be competing against. The Samsung Galaxy Note 8, features a more powerful processor, expandable memory and the S-Pen (stylus). The Apple iPad mini will have faster LTE connectivity.


Essentially, the specifications are nearly identical to a Galaxy Note 2, with a larger screen and battery, with a downgraded camera. 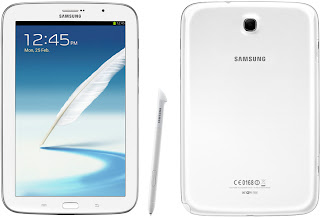 For the asking price, the Galaxy Note 8 offers enough in terms of hardware and software with the S-Pen optimized Android OS. I am just wondering if its rather dated look will get into the way of its road to success.