Nokia 720 Now Available in the Philippines 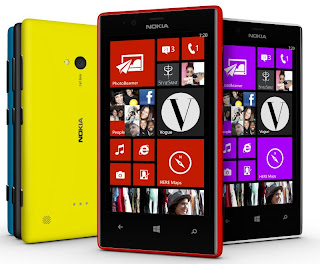 The newly launched Nokia 720 is now available in the Philippines for Php13,990. The Nokia 720 is a 4.3-inch Windows Phone 8 device. The specifications are upgraded from the Nokia 620. In addition to the larger display, you have a upgraded camera with a Carl Zeiss and front camera.

One key difference in the specifications is the large 2000 mAh battery, which is  the same battery used in the Nokia 920). The other Nokia mid-level offerings, the Nokia 620 and 820, had 1300 mAh and 1650 mAh batteries, respectively. This should give the Nokia 720 the longest battery life of any Windows 8 device.

With three good mid-level offerings, Nokia and Windows Phone 8 could really gain some traction in the Philippines.
Posted by Unknown at 10:08 AM