The PC sales drop is simple math. The real question is, is this the end of the OEM's?

Simple math. The big news today is that PC sales dropped for a fourth quarter in a row. IDC estimates the drop at 14% while Gartner own estimates say PC sales slumped by 11% last quarter. This post-PC era news has been the subject of debate for two years. Some blame Windows 8, others blame OEM's for lack of innovation. It is a confluence of many things, but really, it is simple math.

From the consumer users perspective, assuming you had twenty buyers who would have replaced their existing PC this year, what they might do would look something like this. Lets says 17, buy a personal computer, as planned adding it to their smartphone or smartphone and tablet combo. Two, decide to pick-up a tablet and decide they don't need a PC anymore. One, maybe someone who has been using netbooks for the past five years, decided that the smartphone alone is just enough. Twenty potential buyers, and seven sales. You have a 15% drop right there. 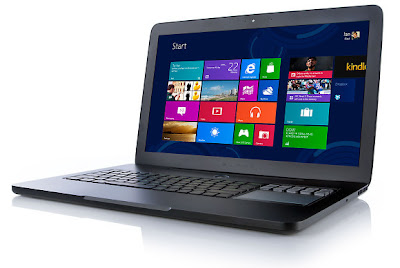 Look around you. Out of ten friends who own PC's, has not at least one given up the PC for a slab? Out of twenty people you know who are PC owners, has at least one basically moved their entire computing experience to a phablet of smartphone?

With first time buyers, the situation will be different all-together. Your children will probably be getting a smartphone or tablet as their first PC. They may still buy, or you may buy them, a PC later in life when they have to write a thesis or do some more serious work. But definitely, your children, well their entry into the PC world will be delayed a decade or so by the tablet.

PC's are expensive. Locally, our bang for the buck tablet is the Cherry Mobile Fusion Bolt. A 7-inch with a HD display (1280 x 800) and a quad core processor running on Android Jelly Bean. That will set you back, Php3,999, or about US$99, inclusive of the local value added tax. The cheapest PC I have seen on retail shelves as of late is the 10.1-inch Lenovo S110, with an Intel N2800 processor. It is priced at Php10,299, and at the price ships with a DOS CD.

PC software is expensive. Adding an OEM copy of Windows 8 (SL) on the Lenovo S10 would push up the price to Php14,500. That copy of Windows 8 (SL) cost more than the Cherry Mobile tablet. Adding Microsoft Home & Student 2013 would set the buyer back another Php5,750. That brings up the price of my new but obsolete netbook to Php20,250!  A total of Php9,951 on software.

The PC is a premium device in a world, where the tablet is more stylish. OEM's building around the Windows 8 ecosystem have not created anything compelling enough to justify the staggering difference in prices of hardware and ecosystem.

Unless Microsoft, and Windows software developers drop the prices of software radically, this is not going to change soon.

Go from a software company to a tech company. Two hundred fifty million of anything is a big market. If Microsoft had to improve profit, its best approach would be to cut out it OEM partners. Build it's own hardware. Basically, cut out the middle man and keep all the profits in the shrinking market to yourself. It could be like Apple. Apple could have just 25% 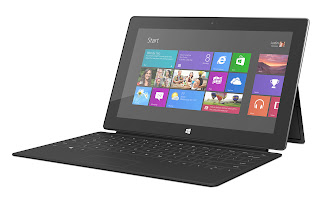 Now that would be the real nightmare for Dell, HP, Lenovo, Acer, Asus & Co. Maybe these companies best look into their own plans about finding an alternative operating system.
Posted by Unknown at 10:27 AM