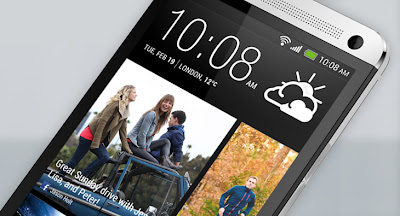 HTC has released the most radical modification to the Android home screen ever with BlinkFeed on its new HTC One. The Android desktop consist of multiple home screens which can be assessed by swiping your finger to the left of the right. On these screens you can place icons, widgets or shortcuts. With HTC's Sense 5, it converts one of the home screens into a dedicated BlinkFeed page. The closest I can described this is that it is like having a Flipboard like app occupying one home screen.

Below that you have BlinkFeed. Before we go any further, best you see what it is like through HTC's BlinkFeed demo.

BlinkFeed displays content from Facebook, Flickr, LinkedIn,  Twitter,  your calendar, a list of news and information. The news and information sites available are limited to a set selected by HTC. You cannot add your own sources. Interestingly enough, for an Android phone, while it supports four major social networks in BlinkFeed, Google+ is not one of them. BlinkFeed will display two or three posts by default, and you can scroll up to display more.

Unfortunately BlinkFeed is not optional. It cannot be disabled. If you don'y like it, the best you can do is set another screen as your home screen. You can have up to five home screens on HTC Sense 5, including the BlinkFeed screen. If you don't use it and want to minimize battery drain, best you can do it remove all information sources, leaving you with pretty much a blank screen.