I start of every month, with a suggestion of the best phones available in the Philippine market, breaking them into different price clusters. Under entry level smartphones, are those priced at below Php10,000. These entry level phones have gotten to the point where, for many consumers, they really need nothing more.


The prices posted are those covered by an official manufacturers warranty. 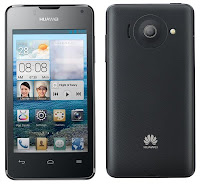 At first glance, the Huawei Ascend Y300 is nothing spectacular. A 4-inch, dual core Android phone for Php5,490 is a dime a dozen these days. There are some very competent phones at cheaper prices. You can find the Cherry Mobile Flare, Burst and Thunder, priced from Php3,999 to Php4,999. You will also find similar phones in the 5K-6K ranger priced offerings from Cloudfone, MyPhone and Starmobile.

Quick specifications:
Despite the higher price tag, I recommend that you make the Huawei Ascend Y300 your point of entry into the smartphone world. It offers several advantages over it lower cost and similarly priced rivals.

The Huawei Ascend Y300 runs Android 4.1 (Jelly Bean), while its competition still runs on Android 4.0 (Ice Cream Sandwich). Given that low cost phones rarely, if ever, receive a software upgrade it makes sense to select one with a later version out of the box. Running a newer version of Android is worth a premium of a few hundred pesos in my opinion. 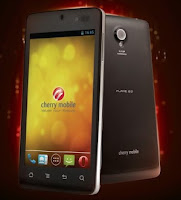 The Cherry Mobile Flame 2.0 should be available in retail shelves in the next two weeks or so. It is a more powerful device than the Huawei Ascend Y300.  But it also takes a few steps back. Compared to the Huawei Ascend Y300, you get a larger 4.5-inch display, a more powerful quad core processor and double the RAM. However, the Cherry Mobile Flame 2.0 does not come with Gorilla or Dragontail Glass to protect the display, and the 1600 mAh battery is small for the phones screen size.

Quick specifications:
For most users, the 4.5-inch display is probably the main draw. With smartphones now having gone beyond communication, being a hand held web browser, photo and document editor, eBook Reader and gaming device, the larger display is a much more comfortable to interact with. For gamers in particular the quad core processor will be a must have.  The main spoiler is the smaller 1600 mAh battery, but that can be worked around with a spare battery or portable power bank.

Overall, the Huawei Ascend Y300 provides a more balanced device for those whose primary need is a device that can do typical smartphone chores. It is a polished version of last years low cost smartphone. The Cherry Mobile Flame 2.0, on the other hand, is the first of the next generation entry level smartphones.

One way to stay on this list long time, is to offer something unique. The Cloudfone Thrill 430x  does so via a 4160 mAh battery. The large battery gives the Cloudfone Thrill 430x two to three times the battery life of other smartphones in this list. It does run on the older version of Android 4.0 out of the box, but if you are after smartphone marathon grade battery life on a budget, this is the one for you. Nothing else matters. Overall, the specifications are better than the Huawei Ascend Y300 too.

Quick specifications:
You can read more about the Cloudfone Thrill 430x at this link.

If you are like the latest generation of Android handset with large screens and high resolutions, but just don't think they are worth shelling out 30K for, you may want to take a look at the Cherry Mobile Omega HD.

Quick specs:
This phone offers a lot of interesting technology at a low price. The crowning glory of this phone is that it brings a large and sharp 5-inch HD display to the budget level. It has scratch resistant glass using Dragontail Glass, a technology I am not familiar with. Both the front and rear camera use Backside Illumination Sensors, which should make for better low light performance.

One area of concern would be 3D graphics performance. Mating the 1GHz dual-core MediaTek MT6577 processor with its PowerVR SGX531 graphics processing unit with a 720p display is really pushing the graphics ability of this chipset to the limit. It might not be the best choice for the hardcore gamer.

Four nice choices. So there you have it, at 8K or less, you can have a quad core processor, an HD display or a large battery, and even a nice offering from the world third largest smartphone manufacturer. Not all in one package, but given the asking price, a few compromises are in order.
Posted by Unknown at 2:45 PM