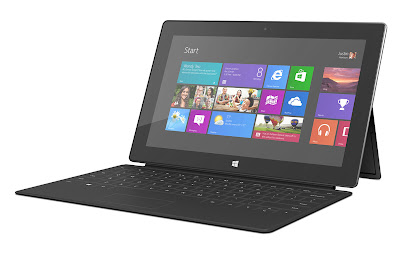 When I look at all the Windows 8 touch "hybrid" designs that have hit the market, I really only like one: Microsoft's own Surface Tablet. The keyboard cover allows you to carry the keyboard with you all day without the penalty of lugging around more weight. Basically, it weighs as much as your typical tablet protective case. The simple kickstand incorporated into the Surface tablet allows for a light keyboard since it does not have to anchor the tablet in place. It is an ingenuous design.

Sales have not been great so far, with about 1.5 million Surface RT and Surface Pro tablets sold to date.


Microsoft could get into the hardware business seriously and make a whole range of Surface tablets, but that would not sit well with their OEM partners.

What Microsoft could do to offer a wide selection of Surface type tablets, without causing a rebellion in the ranks of its OEM partners, is to sell keyboards. Basically, have it OEM partners build their own surface type tablet compatible with Microsoft branded keyboards and similar designs under license from Microsoft. The connector between the tablet and the keyboard should be standardized so that you can select any "Surface" type tablet from one company and a keyboard from any other company.

With this simple stroke and viola... Microsoft could become a serious player in the tablet game.

Well... its Saturday morning and I have not had my coffee yet.